WordPress 5.0 Review: Does It Fulfill The Expectations?

Posted on December 17, 2018 by HireWPGeeks In Custom Wordpress Development

The majority of the world’s websites are the products of WordPress development. The open source CMS is the preferred mode of web development for millions of users around the world. The platform released its latest version a few days back and we are presenting its brief appraisal. Our WordPress 5.0 review includes information about its latest features including the much-awaited Gutenberg which replaces the old editor. This information will be useful to people thinking about upgrading their core installation to the latest variant.

WordPress is known for naming its versions after prominent jazz musicians. Following the tradition, its latest upgrade is called Bebo after noted Cuban jazz musician Bebo Valdes. Let us now take a look at the features of the new update.

Gutenberg has replaced TinyMCE to become the new default editor. It was available to users in the form of a plugin even before the release of 5.0. This was done to familiarize people with the new editor. With an average ⅖ rating the plugin met with mixed response from the users. It remains to be seen how people react to it becoming the default editor. The toolbar which was present on top has been replaced with a dialog box that hovers above the content.

The color and size options have been moved to the sidebar. People looking to add multimedia content will have to click the “+” icon to be presented with blocks.

Users may need some time to get used to the block-based editor. In order to avoid compatibility issues or other problems, the old editor is still available to users as a plugin. WordPress plugin development has ensured that website owners can easily extend the functionality of their interfaces. This can cause potential problems as other plugins may not be compatible with Gutenberg. 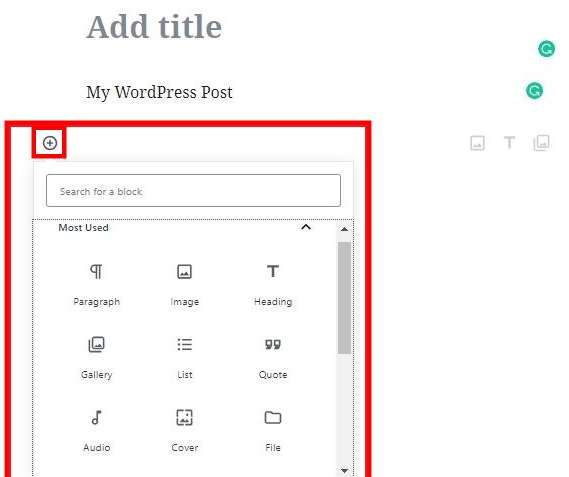 One of the biggest concerns of WordPress users is security. One of the drawbacks of the platform’s immense popularity is that it is a prime target of hackers. The robust community of developers keeps releasing new security updates to make the platform more secure. The security upgrades though can also cause issues. The latest upgrade to the core program comes with new security features that will hopefully make it safer. WordPress officially recommends people to use reputable hosting services with SSL certificates. It also suggests that 2-factor authentication and application level password protection is used by website owners.

In this section of our WordPress 5.0 review, we will provide information about the new default theme. Twenty Nineteen has replaced Twenty Eighteen as the template which comes loaded in every core installation. It has been exclusively designed for the new block-based editor and uses editor style extensively throughout the theme. The new template has lots of white space and uses sans-serif for headlines and classic serif for body text. It also uses system fonts to speed up the process and even users on slow networks can finish their work quickly. A multi-purpose theme, Twenty Nineteen can be used by all types of users. Its flexible nature allows it to be used for designing a business website as well as an amateur blog. 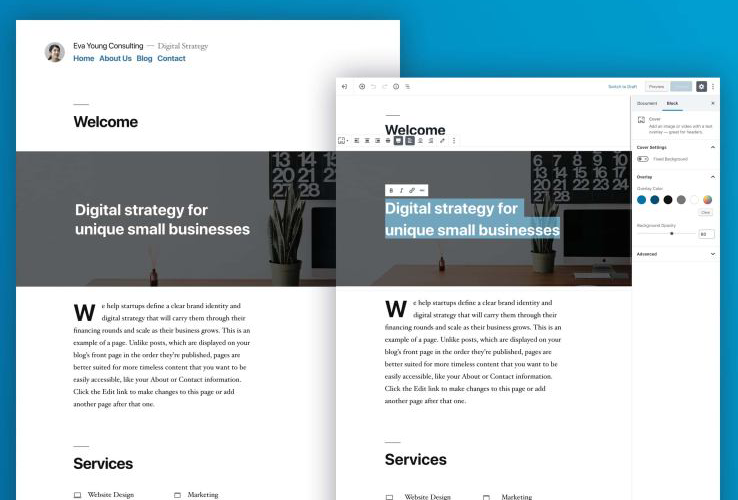 One of the biggest headaches for blog owners or other users publishing lots of content was background image modification. It took a lot of time and affected the productivity of the professional. The time lost in editing the image could have been spent doing something more useful. The latest version has a facility for cropping the image before it is uploaded. This is a convenient feature for owners of content-intensive websites.

Points To Consider before Upgrading

Long time WordPress users will be excited about the new version and would like to check it out immediately. They must keep some points in mind, though before they hit the update button.

Users thinking of upgrading to WordPress 5.0 must create a backup of their interfaces. They must save the backup in a secure location. This is necessary to prevent the loss of valuable data in case an issue arises after the upgrade. Backup creation is a vital aspect of website management and must be observed by all owners. Users, if possible, must use a staging site to preview changes before making them live.

Another important thing to consider before making the upgrade is theme compatibility. Professional WordPress theme developers would have already released updates to their products to make them compatible with 5.0. The same cannot be said about amateur developers and therefore, compatibility can be a big issue for some interfaces.

3. Get Familiar With Gutenberg

The block-based editor is the biggest change to occur in the WordPress ecosystem in recent times. It will take some time in getting used to and people must make efforts to do so. They can download the plugin on the old installation and understand its functioning. The new update can then be downloaded on their installation.

This was our WordPress 5.0 review which would have given a fair idea to readers about what they can expect from the new version. It will take some time before people fully grasp the new changes and feel comfortable working with the new variant.